It frosted again last night. It's almost freakin' June! What is up with that? At least this time I saw the frost warning and was able to cover my plants up. They seemed to make it this time, but it's hard to say since so many of them were damaged by the last one.

But, many are still kicking, so it should be fine. Willie suggested that I put down more seeds in the hills where I thought they wouldn't make it, just I'd be sure to get something for my efforts. So, I did. Next year, I may just sow outside and to hell with starting indoors. Only the hot peppers that I started indoors are actually making it outdoors. Well, and one sad little tomato plant.

We got a bagger for the lawn tractor, so now I have tons of mulch for the garden. Yay! And now some random garden pictures. :) 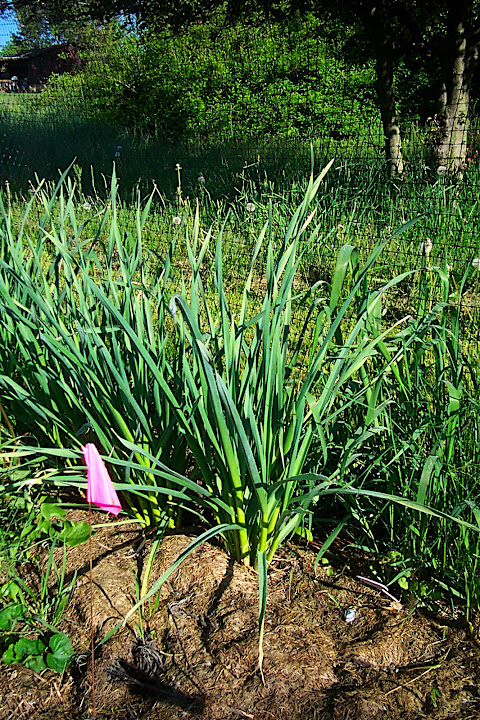 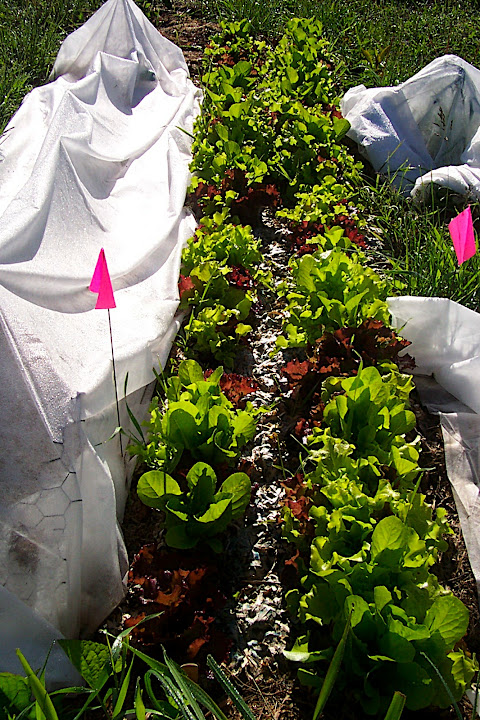