I bought a plant this week.  It was one of the first times I asked a clerk "is English okay?" and had them say no.  As a result, I learned two things: Japanese Peace Lilies are not called that in German (not even a translated version), and Google's image search is very useful in these cases. 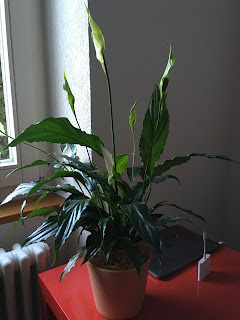 I continuously discover minor differences to life here, even though many of the big differences I have encountered now.  One of the silly but awesome ones is how they package frozen spinach: it comes in pre-sized, single serving blocks.  It is so much more convenient than one big slab of spinach when making dinner. 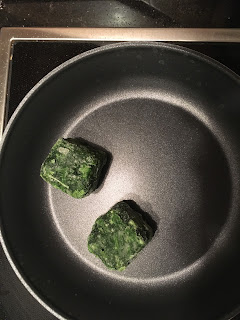 Finally, not really a green thing.  I always liked Dippy the Diplodocus, the statue outside the Carnegie Natural History museum in Pittsburgh.  In winter, he sometimes wears a colorful scarf.  We brought a model Dippy with us, so I made a scarf for him. 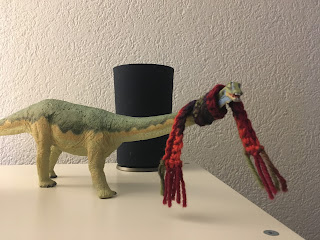