What got you here won't get you there

One of the great things about getting older is the increased perspective and experience as you age.  Sometimes, that perspective makes you realize all the things no one told you would happen as you got older.

I was told my knees would get stiff and uncomfortable at times.

I was told that I would recover from illness and injury more slowly.

No one told me I would always be a beginner at something.

To be fair, I probably could have stopped learning or improving my skills a long time ago and just coasted.  But, where's the fun in that?  Stagnation is boring.  At some point, doing the same thing over and over agin isn't honing your skill, it's just repetition with no chance of improvement.

What they don't tell you in those articles, or in life, is that improving your skill is not linear. 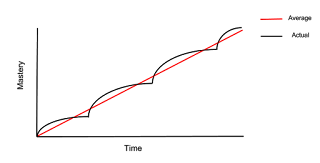 You improve in bursts - working really hard and diligently at a new skill, you learn a lot, incorporate what you learn into the next day.  Repeat until it become easier.  You're learning less and less each day, but you're refining your skill, really hammering it home until it's second nature.  Then, you start to plateau.  You're learning very little that's new, you've refined what you know, and you're really good at doing the skill.

Because you're so proficient at the skill, it's incredibly alluring to stay in this state.  You're efficient and successful.  Every day feels like an affirmation because you do everything so easily.

But, that's when you start to stagnate.  Stagnation is the signal that it's time to seek the next challenge.

Ready for the next secret?  Life is not a single skill.  And the next thing you may need to learn isn't even the same kind of skill.  What got you good at one skill doesn't always transfer to mastering the next skill.  And, improving each skill doesn't proceed at the same rate.  Nor do you need the same level of mastery of each skill.  To write code is one skill, but you also need to skill at writing a design doc.  It's still writing, but it's not the same skill. 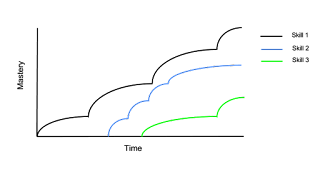 The effect of this is that you never stop being a beginner.  You'll always be learning some new skill where you're a beginner.  And while learning something new is wonderful, it can be exhausting and challenging to your ego.  The temptation to say "but, I was good at skill 1!" and give up on skill 2 and 3 is strong.  But, don't give into it!

"What got you here won't get you to the next level" is advice I have read in several books on career.  You demonstrated skills needed for your current role, but to move on, you have to prove you have the next set of skills needed.  That means honing those skills, possibly starting from nothing.  That means being a beginner.  Again. 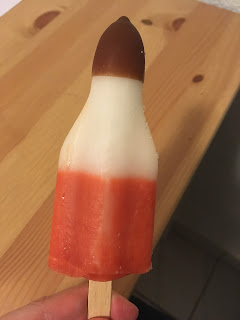 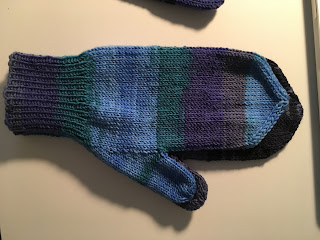 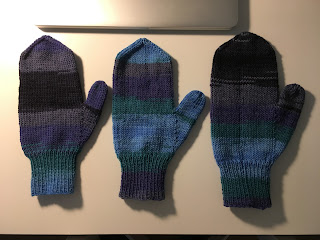 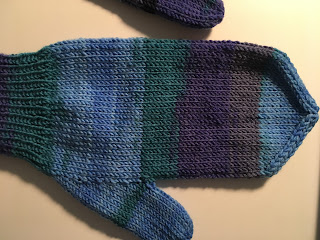