[Sunday in Switzerland] A weekend in Milan

One of the things about living in Switzerland that I thought would be nice is how close we are to other European countries that I've never been to.  This weekend, we went to Milan, Italy.  It was a 4 hour train ride through some amazing mountains and Alpine vistas. 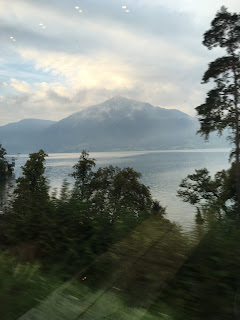 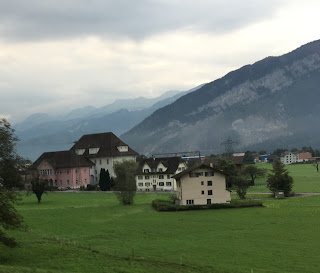 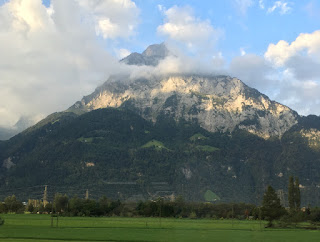 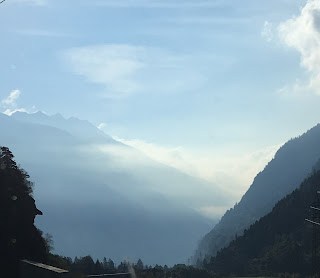 The train station in Milan is massive.  The number of tracks is on par with the Zürich HB, but the building itself is large and imposing.  Which made the funny apple art out front a little incongruous. 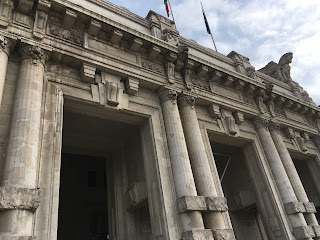 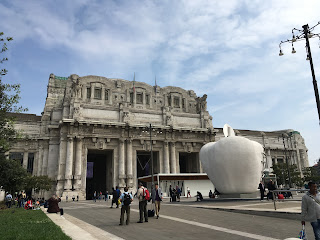 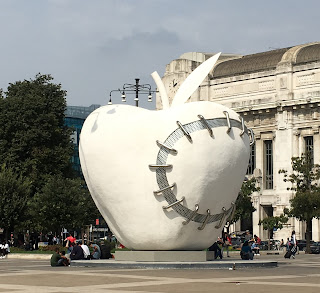 The food in Italy was everything we were prepared for: large portions of amazingly tasty food.  Here was the "small" lunch we had, two slices of pizza.  Normal sized adult hand for scale. 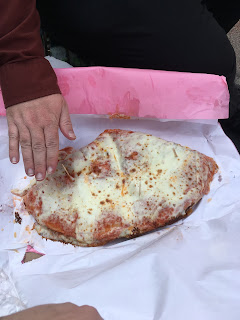 We saw Il Duomo, the massive cathedral that took over 500 years to build.  That's longer than the great pyramids, taking only ~400 years, last I read.  There were so many amazing sculptures that I could keep my "Graven Images" part of the blog going for years.  One of the statues was done by an apprentice of Leonardo da Vinci depicting St. Bartholomew, who was skinned alive according to some stories.  Creepy that he's the patron saint of tanners and book binders, but logical. 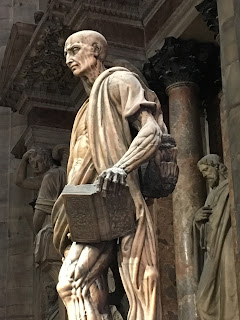 On a lighter note, I found a sculpture that wasn't sure if it was depicting plants, or just something kind of like plants. 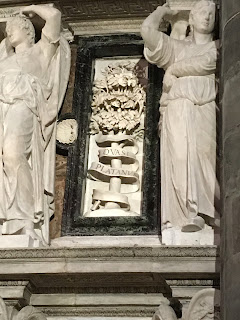 And, the all seeing eye on a confessional grate. After all that heavy, heady stuff, we went to the mall.  The Galleria Vittorio Emanuele was pretty, but not as big as I expected. 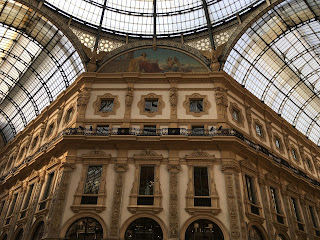 We also saw the canals and visited a few other shops that are hard to find and saw an interesting sign and building paint job along the way. 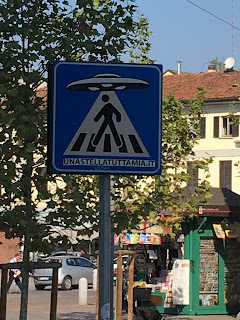 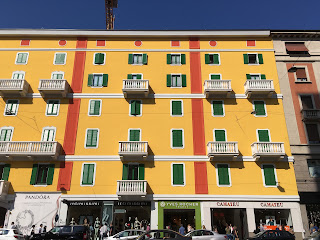 Italian is one of the national languages of Switzerland, so I see it on labels and other official documents, but I hadn't been surrounded by it before.  It's close enough to Spanish that I can almost make out some parts of it, but it's different enough that it's not really useful in similarities.  (For example, "exit" is "uscita" in Italian, but "salida" in Spanish - kind of important in train stations.)

Luckily, English is popular enough that our lack of Italian wasn't a problem (at least in the parts of Milan where we were).  I now have enough German to feel bad that I can't conduct conversations with restaurant or hotel staff in German, but I know I don't know Italian, so I just play the dumb tourist and hope like crazy they speak English.

Milan was pretty, and very different from Switzerland.  I was happy to come home where the foreignness is more familiar.
Posted by Unknown at 16:48