[Sunday in Switzerland] Flowers and some geology

This weekend, we went to walk the Flumserberg Alpenblumenweg (or flower trail).  I got to see a lot of flowers I hadn't seen before along with some stunning views of the mountains in the area. 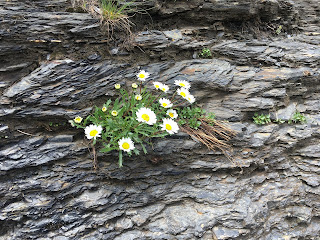 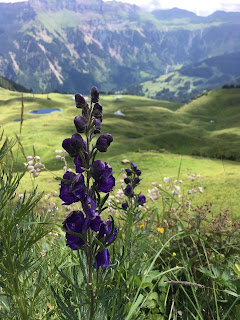 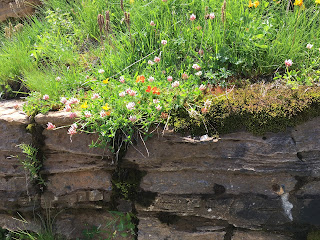 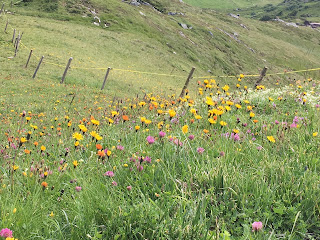 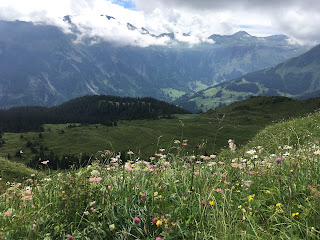 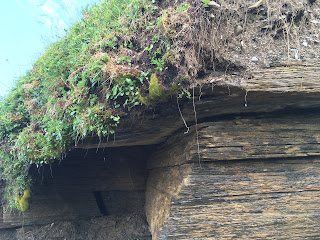 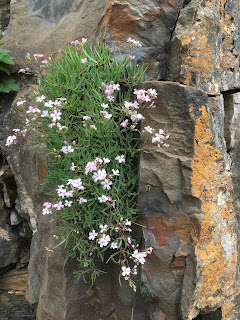 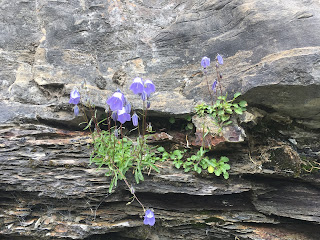 One of the mountains is called the Sichelkammfalte (or Sichelkamm fold).  The formation of the fold took 5 million years.  Here is a picture of it and of other folds in a mountain nearby. 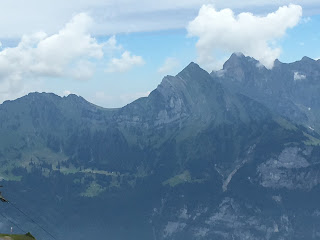 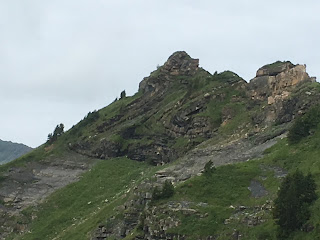 The trail we walked also had information on some of the interesting rock formations, like the Sichelkammfalt and other interesting stone types.  It was lovely and I would definitely go back again.

When people talk about a place having a "different culture", they usually mean some combination of "surface" and "deep" culture.


Surface culture is essentially the cultural norms you can easily identify in a foreign country. Deep culture are the cultural norms not easily detected unless, in fact, you are born and raised in that specific culture OR you spend an extended amount of time in the foreign culture.

Sausages are very similar, but the spices are different between the U.S. and Switzerland.

Rösti is an amazing potato dish, but it's very similar to hash brown potatoes of a certain style.  In the "starting to diverge" category are also dishes like "Hackfleisch und Hörnli".  It has similar ingredients to "pasta with meat sauce" but the form and flavor is different.

There are more types of bread here, varying in shape and taste.  Bread is much more central to the diet and has a cultural element to it.  A Swiss friend at work said she has fond memories of making Butterzopf as a kid and making crazy braids.

Cheese is omnipresent and varied, but just has different flavors than U.S. cheese.  Cheddar is difficult to find (yes, I know that's originally British).  Colby and Monterey Jack just don't exist here.  Blue cheese is rarely in dishes here while it's enjoying a heyday in the U.S.

Vegetables vary, not in preparation as much as in which vegetables are popular.  Broccoli is rare, spinach is everywhere, and things like aubergine (eggplant), turnip, leeks, and fennel are much more common than in the U.S.

Finally, spicy and foreign foods are the most divergent that I've seen from a U.S. equivalent.  We had burritos for dinner on Friday and the "Mexican Mix" is what prompted this post.  You can see it below.  It tastes weird, but okay. Still, it's not what I would call Mexican.  The Mexican Mix has: 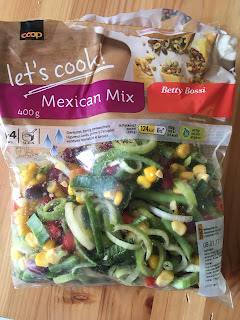 There is also a list of "foods you'd miss if you left Switzerland".  I have tried most of these and some I would miss, others not so much.  I like venison as much as the next person, but it gets old really fast.

For fitting food into the deeper culture, I like the blog called Little Zürich Kitchen.  The author does a great job of talking about food and relating them to the values and traditions of Swiss people.
Posted by Unknown at 08:48 No comments: